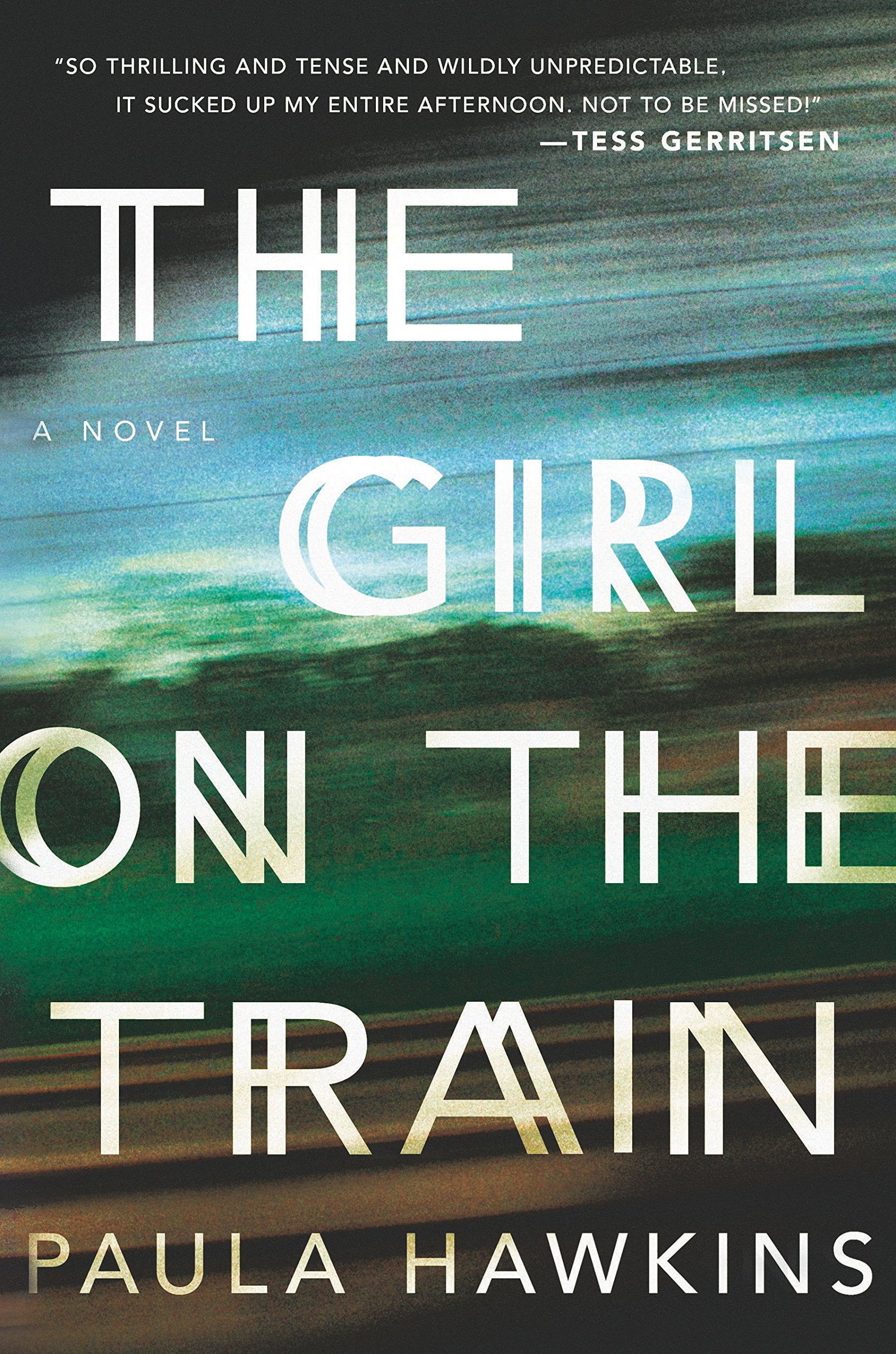 I have finally read the most talked about, “The Girl on the Train.” It is a hot commodity at my library. I figured I would read it since so many people were requesting the book. I wanted to see what the fuss was about. This book did not disappoint. It was full of suspense.

First you are introduced to Rachel. She is the main character of the book. We slowly get to know about Rachel. Rachel is in her mid-thirties, an alcoholic, very imaginative, and possibly a murderer…dun dun duh!!!

Let’s talk about her imaginative characteristic first. She rides the train “to work” everyday and passes these rows of houses. She always see the people who live in the homes and creates a story about them. She eventually names the couple, “Jess and Jason.”

Rachel soon gets ensnared the drama and murder that ensues around the couple that has affectionately named “Jess and Jason.”

As a reader you taken down a rabbit-hole of lies, betrayal, and guilt. There is red-herring after red-herring. Also, you will have a love-hate relationship with Rachel during the entire book. Overall, I really enjoyed this book. I think some characters could have been developed more; especially Tom, Rachel’s ex-husband, because he plays a pivotal role in the book towards the end. Also, the ending could have been fleshed out a little bit. Also the book was written in my favorite style of reading books with character POV. Each chapter was told through the point of Rachel, Anna, and Megan (Jess). I love this style after reading, “The Help” and “The Song of Fire and Ice” series. Paula Hawkins did a great job for her first novel!

Many folks want to make this a read-a-like to Gone Girl by Gillian Flynn. In some ways it is with the suspense but not really. Gone Girl was a psychological thriller with a narcissistic husband and wife that were not credible narrators. With “The Girl on the Train” she is a credible narrator however, not as forthcoming with the truth until backed into a corner. Whereas, Gone Girl they continued to lie to each other.

I, recently, saw the article for the casting of the moving. I’m not sure exactly how I feel about them changing the setting to the United States instead of England because we don’t have much of a train system. I think the setting would only be plausible if they made the setting in Seattle, Washington or Portland, Oregon.

Let me know what you think!